As we sit to write this, the unrest, anxiety, and the heaviness of these days is making a rather unwelcome effort to take over our perspective.  Like you, we’ve read the news, we’ve experienced the strife of an increasingly divided nation, and we’ve felt the impotence of not knowing what to do or where to start.  We love our country, we love our faith, we don’t hate anyone.

What are we to do?  The problem seems too big for a simple solution, and the elusive answer that we’re seeking seems too complex and muddied to be agreed upon or achievable.

We can neither offer a silver bullet nor are we great spiritual writers. But there does seem to be an approach to these times that may serve us well if we pray with it, internalize it, and act from it.  Here’s what we mean:

Yes, the problem of division, fear, and ungodliness in our country is great, but for whatever reason, God ordained that you and I should live during these times and has tasked us with a specific role to play in them.  We cannot do this work, whatever it may be, on our own. We are not allowed to be weak or cowardly either.

What tools are at our disposal in such times as these?  Prayer, sacrifice, and consecration to Our Lady.  Let’s look at these spiritual weapons in the life of two great saints.

“My whole strength lies in prayer and sacrifice, these are my invincible arms; they can move hearts far better than words, I know it by experience.” ~St. Therese of Lisieux

St. Therese believed her vocation was nothing other than love, and she found that she could love God and neighbor through prayer and small sacrificial actions (which prepared her eventually for some pretty great ones).  Her method isn’t new, it’s the command of Christ himself: “When you give alms…  When you pray…  When you fast…” (Mt. 6:2, 5, 16).

And there it is.  That’s it.  Prayer and sacrifice.  Regardless of the task, intention, worry, or decision, the answer is to pray and sacrifice.  If these practices bear so much fruit during Lent, what could happen if they became a part of how we live throughout the year?

The grace of God is what makes these actions worthwhile, but we can enhance our prayer and penance with the help of Our Lady.

“Modern times are dominated by Satan and will be more so in the future. The conflict with hell cannot be engaged by men, even the most clever. The Immaculata alone has from God the promise of victory over Satan. However, assumed into Heaven, the Mother of God now requires our cooperation. She seeks souls who will consecrate themselves entirely to her, who will become in her hands effective instruments for the defeat of Satan and the spreading of God’s kingdom upon earth.” ~ St. Maximilian Kolbe

St. Maximilian was a man of action and devotion.  His love for the Blessed Mother was the hallmark of his spirituality and it is this devotion that is the key to the times in which we currently find ourselves.  Following his lead, we think total consecration to Jesus through Mary, praying the rosary, and acts of repentance (as Mary asked at Fatima) are no longer nice devotions or “extras” to be considered, but spiritual practices that will be necessary lifelines and channels of grace.  If we are to fulfil our role in God’s saving plan, there is no better path than through Mother Mary.   With prayer, fasting, and Mary at our side, we have all we need.

Because the current landscape seems so complicated, an answer like this can feel almost laughable.  Really?  You mean to tell me that all the unrest, the division, the fear, the anger can be quelled with prayer, sacrifice, and devotion to the Blessed Virgin Mary?  Yep!  It really is that straight-forward.  Not easy, but absolutely straight-forward. 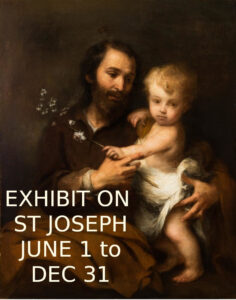